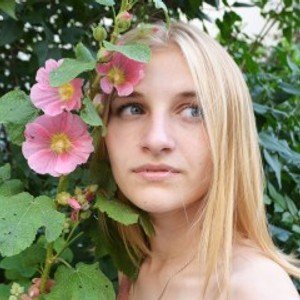 Do you have a fetish for people in cosplay outfits?

Well, several years ago, this kind of fetish didn’t even exist. But who knows? Some men might have the urge to fap on a person in a Spiderman costume or something like that before. We’ll never know.

But recently, the cosplay industry was put on the spotlight through different shows and events like Comiconn. And I guess Reddit and other social media sites have helped in making it mainstream.

It doesn’t even matter how good or bad their dresses are because they all look cute. Their bodies are definitely to die for so it’s no surprise that many men are worshipping these cosplay goddesses.

Let’s warm up with this hottie that you might not be really familiar with. She’s cosplaying one of the characters in My Little Pony named Rainbow Dash.

Aah… she looks so sexy, right? I know that anyone can buy rainbow-colored lingerie and pretend to be Rainbow Dash. But man, this girl sure knows how to entice her viewers.

Now, what do we have here? Oh, it’s Hidori Rose cosplaying Kyoko Kirigiri from the Danganronpa series.

And I also have a good feeling that you’re familiar with what they’re trying to cosplay. Of course, it’s Peter Pan. Oh, it brings back a lot of childhood memories.

Anyway, I really thought that Tinkerbell might be fucking giant dicks because she’s very small. At least, they found a cock that’s just the right size for the fairy and the princess.

Wow! This girl is on fire. She definitely fucks hard and there’s no denying that she’s a pro. Just look at how she rode that huge cock. Her on-screen partner is one lucky devil.

If you’re not familiar with her outfit, this is a cosplay for Overwatch which is one of the best games from Blizzard.

Anyway, do you have any idea where I can get this costume? I’d love to get one for my girlfriend.

I can still remember when pornography was very simple. Now, they have a lot of special effects and amazing costumes.

Look at how Super Woman seduces Brainiac into having some butt play with her. Well, what can I say, some women are men’s downfall. If only she thought of killing him while he’s enjoying the sizzlin’ hot sex.

But I guess she enjoyed it too. We can’t blame her as Brainiac banged her so hard that she may not be able to use her powers afterward.

Oh, my! Black Widow, what are you doing? I think Captain America’s charm has also worked on her. I just hope that the other Avengers won’t know about this, especially Hawkeye. I’m pretty sure that it’d break his heart.

I didn’t know that Black Widow is very good at oral sex. How I wished I can switch places with Captain America, so I can experience being sucked by an Avenger.

Riley looks freaking wild and insane on this one. So yeah — she’s the perfect Harley Quinn. It might be really nice to have a one-night stand with her.